We are moving house, so you might have some idea what that means. It means sorting through a great mountain of stuff which accumulates over time and which is buried beneath another great pile of stuff, which is just a little bit newer than the pile of stuff it is buried under, and so on and so on, until you have such a huge pile, that it ceases to be anything more, than stuff to pack but never unpack.

This includes, but is not exclusive to, clothing; which in my case is almost a Himalayan mountain range of bags, jackets, jeans, T-shirts and goodness knows what else.  I justify hanging onto it as being possibly necessary,  at some future point, for my work as a designer or for the time when the trend for baggy T-shirts or 90’s puffa jackets comes back in to fashion. Another small mountain range of used goods includes my huge archive of  Sketchbooks and old artworks. From this I don’t like to throw anything away, as it’s a visual diary of my development as a creative superbeing, unless it’s really bad, (which, when looking at some of my older artwork often is). Then there’s the rest of the regular stuff, like bills and accounts and letters and broken tents and old bicycle parts and chairs you never liked even when you first bought them and the lamp which you never got round to fixing and the furniture which you know will never fit in your new place. So my ruthless rule to self has been, if I did not see it, use it or wear it since the last time we moved, it gets chucked….(Mostly)

Which brings me to the house sketches I’m posting. These I found in one of my many half finished old sketchbooks and which I could justify to myself throwing away, as long as I somehow saved some part of them forever and ever, (or at least as long as this blog runs!). They were made in Antwerp while I was working there for a few days in 1999 and I liked the loose pencil style I was using and that fact that the buildings stand alone and apart from their surroundings. Plus they’re drawings of houses, which means there’s some vague connection with today’s post title. 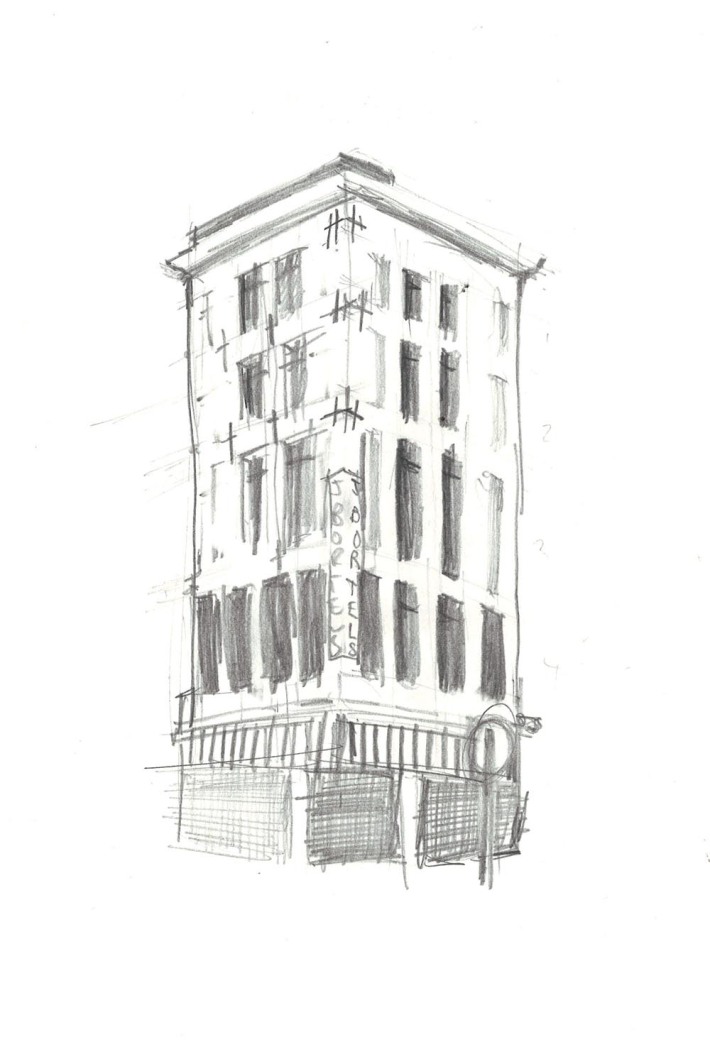